In my lectures concerning Internet search strategies  I often refer to Google as an ‘evil empire’. There are those who may feel this statement is a bit harsh, while others might feel I am being to kind. Like many in Academia, my love/hate relationship with Google is very complicated. Although I am constantly in awe of their innovations, I deep down question their aggressive growth. In today’s Wall Street Journal Google’s latest entry into world domination is revealed– Google Editions. 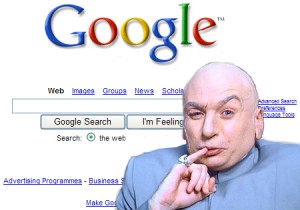 According to Google set to launch E-book Venture , the company has decided a totally different approach to e-books. The ‘ open read anywhere’ approach is a total restructuring of the e-book business model — it makes available for download (and purchase) e-titles without limiting the user to a particular reading device. It is a bold approach, one of those’ think outside the box’ ideas that has made Google the success it is. The fact that users will not need to invest in a reader is a major plus. However, one must question the contracts with publishers and bookstores the company is entering into and ask ourselves how big can Google get before it needs to be tamed.

It seems that the European Union has begun questioning Google’s dominance according to an article on WSJ.com: EU Opens  Google Antitrust Probe. Like Microsoft before it, Google has rattled the European Union with some of their business approaches. This case should make for some interesting drama in the coming months.

1 thought on “The Evil Empire once again prepares for World Domination!”