The Media has given a considerable amount of coverage to the 30th anniversary of John Lennon’s assassination this past week. Most of the articles were nostalgia pieces that focused either on Lennon’s music or his death. Andrew Romano, in an essay published in the December 13,2010  Newsweek, has chosen to focus on the issue of ‘fame’. 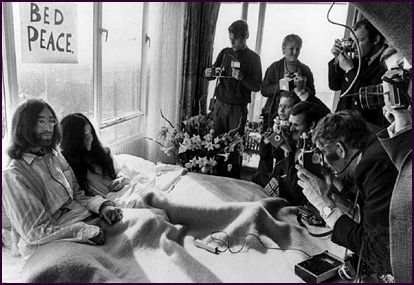 “Lennon’s Other Legacy” is an insightful and enjoyable read, with a focus not on the musician Lennon, but the successful media puppeteer. With the Media’s focus on reality television, and the effect it has had on Pop Culture, it is interesting to look back at the antics of Lennon/Ono and ponder their influence on those who covered them.

2 thoughts on “Was John Lennon a precursor to reality television?”